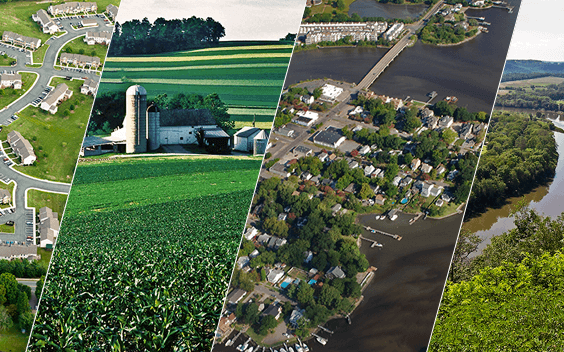 Current global scale land-change models used for integrated assessments and climate modeling are based on classifications of land cover, often using a resolution of 0.5 degree (approximately 50 x 50 km at the equator). To improve such assessments we have developed a new global representation of land cover and land use, at 5 arcminute resolution (9.25 x 9.25 km in equal area projection Eckert IV, as is used here). The new Land System classification represents land cover and land use in mosaic landscapes with different land-use management intensity and livestock composition, which are important aspects of the land system.

Using Land Systems in global models is expected to result in a more accurate representation of land use capturing important aspects of land systems and land architecture: the variation in land cover and the link between land-use intensity and livestock composition. Because the set of most important spatial determinants of LS varies among regions and scales, land-change models that include the human drivers of land change are best parameterized at sub-global level, where similar biophysical, socioeconomic and cultural conditions prevail in the specific regions.

The LS classification is based on three main  classification factors: land cover, livestock, and agricultural intensity. Variables used to represent land cover are tree cover (%), bare soil cover (%), cropland cover (%), and built-up area (%). These variables characterize important components of land cover patterns but do not necessarily add up to 100%.

See this image for an overview of the datafiles used in this study.